When dogs lick other dogs’ privates they are simply engaging in a normal and healthy social behavior. It’s a way dogs can meet and greet each other and it’s similar to how humans shake hands, hug or even kiss. Dog’s are curious, and they use their senses like taste to explore their curiosity.

Dogs can do a lot of weird things, but by far one of the grossest is when they lick other dogs’ private areas – yuck! No one wants to get a kiss from our furry friends after they do that – it’s unsanitary, a little bit embarrassing for the owners, and just downright a strange behavior, well, to us at least.

And while we can’t always wash their mouths out after they do this, it is important to understand why dogs lick other dogs’ private parts – and it’s not just because they want to.

All of these are possibilities, so let’s take a look at some of the most common explanations for this behavior and what that means for your dog. Keep in mind that while it may seem gross, it is a completely normal social dog behavior, so no need to rush to the vet or the doggie therapist just yet. Just keep an eye out to make sure your dog and other dog stays safe, and hopefully, all of the dogs will move on quickly after a few seconds.

Related Reading: My Dog Keeps Licking My Legs After a Shower, Why?

If this is the first time the dogs are meeting, they may do this to help them get to know each other. This is because dogs have sweat glands that emit pheromones, and pheromones can tell dogs a lot about each other, including their age, health, gender, sexual receptiveness, and even in some cases the dog’s mood! And where can dogs get a high concentration of these information-bearing pheromones? You guessed it, in their private areas!

So if your dog is sniffing around and even licking, that’s their way of getting to know the other dog. Their bodies are communicating in non-verbal ways, much like the way that they can give body language cues.

Dogs are drawn to another dog’s private parts by the pheromones, and the licking is another way they are experiencing them in addition to smelling them. Definitely more forward than a friendly human hello, but this behavior is driven by biology, so we’ll let it slide with our dogs.

2. Licking Out of Curiosity

Dogs are inherently curious. They stop, sniff and sometimes eat everything – even if it’s bad for them. Self-preservation is not always in their job descriptions, but we love them anyway. So, if your dog is sniffing someone or their dog and their private areas, they are just curious.

It’s the same reason they touch and eat things, they are just trying to learn and see how things, including other dogs’ private parts, taste compared to themselves. Sniffing and licking another dog’s private parts are a natural way to express that curiosity.

Even though they sniff each other’s butts, dogs are actually incredibly intelligent and intuitive creatures. That’s why they are trained to be service dogs – some can even alert their owners if they are having a stroke or if they smell cancer! Now that is definitely extreme, but the point is that dogs can sense if something is wrong, even if they don’t always know what it is.

They can sense something is wrong with another dog and are trying to bring attention to it, so if your dog can’t stop licking another dog, that other dog may want to get checked out by a vet to make sure there is nothing wrong as a precaution. This could also be nothing, but if it persists over time, you may want to take your dog to the vet to get their health checked out just to be safe.

Licking could also be a sign of helping to groom the other dog and a sign of affection. While less common for this to happen around a dog’s private parts, it does happen, especially around dogs that have a close bond. The dog is helping to clean up the other dog, and it’s a sign of care and affection.

Think of it like a mother grooming her puppies. She will lick her puppies to help clean them and make sure they are taken care of, and that is the same kind of behavior that translates when dogs lick other dogs’ private parts.

The private area, again, is rare for this behavior, but your dog may be trying to help out the other dog, trying to get their attention, and for any number of reasons. Again, they are used to sniffing and licking as a means to explore the world, so they may simply lick other dogs’ private parts as a habit that they have formed over time. 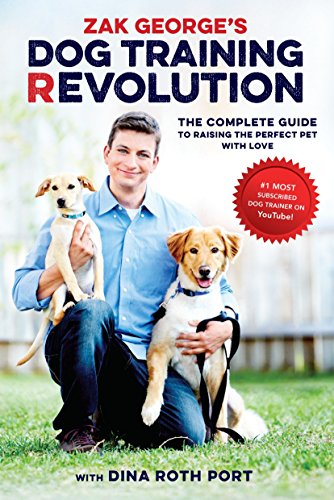 While it may seem “odd” to us, gender doesn’t really matter to dogs with this behaviour. Remember, dogs licking other dogs’ privates is a totally normal social behaviour.

Sure, it can be a little “uncomfortable” at first, but I bet there’s a lot of species out there that think it’s weird we shake hands, hug each other, and even kiss each other!

Related Reading: Why Does My Dogs Lick My Guinea Pig?

The Final Word on Dogs Licking Other Dogs’ Private Parts

Even the smallest amount of time can feel like ages, especially if you are uncomfortable. Ideally, dogs should only be checking other dogs’ private parts for a few seconds, no more than 15 seconds max,  just to get a sense of the other dog before moving on to either keep walking, start playing or even ignoring each other. Again, this will help the dogs get to know each other in ways that only dogs can do.

If it persists, one dog may try to leave or growl to stop the other dog from doing it. It is often common with younger dogs as they are still learning normal behaviors, so make sure to constantly correct it if it goes on too long!

If your dog is the one that is licking too long, you may have to give them an incentive to stop. That could be with a treat or a toy to distract them if it is available.If not, owners may have to gently pull their dogs away to make sure they stop or leave the location entirely to protect the safety of all dogs.

Again, while gross, there is nothing inherently wrong with this behavior – just think of it as a way for your dogs to say hello! Dogs are trying to explore their surroundings and learn about other dogs, and this is a natural, biological way for them to do so. It may make you uncomfortable, and be sure to curb the behavior if it goes on too long.