Have you ever wondered what would happen to a dog poop? Well, it decomposes naturally. The time it takes to decompose naturally depends on your dog’s diet and the climate.

Dog poop can decompose in as little as 9 weeks, but dog poop can also take up to 12 months to fully decompose.

One of the factors that affect how long it takes the dog poop to decompose is the climate.

During winters, it can take up to 12 months for dog poop to decompose. The reason is that the cold weather preserves the waste. Dog poop that is buried in the woods in cold climates during winter takes much longer to decompose.

During summers and warmer weather, dog poop will likely decompose much quicker. The reason is that it is unable to freeze in this climate.

Usually, the dog poop begins to decompose very quickly in rain. When dog poop is left on the ground in urban areas, it washes into the water during rains before it degrades. The smaller the size of poop, the faster it gets disintegrated.

Related Reading: Why Is My Dog Pooping Hair?

Adult dogs excrete an average of 0.75 lbs of feces per day. You’ve probably been curious about the breakdown and decomposing process of dog poop.

Dog poop contains a ton of pathogens that have been excreted from your dog’s digestive system. Let’s have a look at the journey of the dog poop breakdown process during moderate climates:

During the first seven days, the dog poop usually stays the same in appearance. It contains an average of 23 million fecal coliform bacteria that are harmful to the environment.

The dog poop starts to decompose and biodegrade slightly. It looks much similar but shows early signs of decomposition. Most of the time, it turns into a darker shade of brown. During this time, the bacteria in the dog poop can pose a real risk to the environment. It can cause an infection in both humans and animals by direct or indirect contact.

Dog poop serves as a perfect breeding ground for mold to thrive. It can feed, multiply and produce large enough masses for us to see. Mold starts to grow inside and become visible on the surface of the dog poop.

The dog poop begins to decompose further during these weeks. The parasites inside the dog poop had already laid thousands of eggs. They begin to hatch and produce infective larvae. Remember that these eggs can remain active for weeks to even years in the outdoor environment and can infect both humans and other animals.

With different weather conditions, these bacteria can move and spread through the air, soil, and water. Wind and rain can transport pathogens from your garden to your home as well. Your kids and other family members can catch these germs and become sick.

In the week 6 and 7, the mold has taken over and spread throughout the poop. It is usually not that dangerous to humans and animals. However, it can trigger allergic reactions. The affected person can experience watery eyes, a runny nose, and sneezing. At this stage, your yard is still at risk of becoming contaminated.

In the week 7 and 8, the dog poop will begin to break down properly. At this stage, the dog poop is not life-threatening, it still can cause quite awful symptoms.

The dog poop has shrunk in size. The grass at the poop spot also probably has stopped growing. This is because dog poop is so dense that it stops any sunlight from passing through and hence stops the photosynthesis process.

Eventually, in week 9, there is no evidence left in sight and the dog poop has fully decomposed. You can just find the bald spot. There can still be traces of bacteria lasting on the ground that can pose danger to wildlife.

Pet Parent Tip: The best solution is that you should always pick up your dog’s poop straight away before it becomes harmful to the environment. The longer the dog poop is left out to decompose, the greater the risk of the surrounding environment being affected.

Another factor that affects how quickly the dog poop decomposes is the diet.

Dogs who consume a protein diet, such as meats, will produce wastes that take longer to decompose. Such waste is inevitably harsher on the environment.

Dogs that eat mostly plant or grain-based foods will produce waste that is kinder to the environment. This type of dog poop decomposes much faster.

Does dog poop cause any diseases?

Beyond your grass, it has been estimated that a single gram of dog waste can contain 23 million fecal bacteria, which are known to cause cramps, diarrhea, intestinal illness, and serious kidney disorders in humans.

Dog feces are one of the most common carriers of the following bacteria and worms:

The group of bacteria that are present in dog poop can cause cramps, diarrhea, intestinal problems, and kidney illness to people through contaminated water.

What enzyme breaks down dog poop?

The major enzymes important to breaking down dog poop are:

According to the EPA, dog poop is as toxic to the environment as oil spills and chemicals.

What is the most environmentally friendly way to dispose of dog poop?

Make a tremendous difference in the health of your environment by disposing of dog poop in an environmentally friendly way. There are three main disposal options for dog poop: 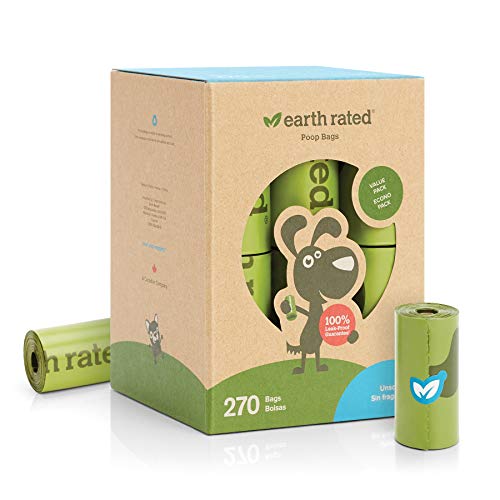 How to clean up or dissolve dog poop in the yard?

Dog poop looks and smells bad in the yard. There are many options for cleaning up and dissolving dog poop in the yard. Let’s have a look at them:

Dog poop attracts rodents such as rats and mice in your garden and yard. Inside the dog poop, there are usually bits of food that can be precious and valuable to rodents. You won’t see them in the day because rodents come out at night.

Is dog poop good for the soil?

Have you ever left your dog poop on the grass and thought it would decompose and help fertilize the ground. Unlike cow manure, dog poop as fertilizer is a much different story. Dog poop does not make a good fertilizer. It is toxic to your yard, causing burns and unsightly discoloring.

Dogs take a high protein diet and their poop is highly acidic and heavy in nitrogen. As dog poop decomposes, it releases excess nitrogen into the soil and onto the plants around it. If plants are exposed to a lot of dog poop, they can be burned. So, it is not good for plants and can harm or kill them.

Well, dog poop certainly will decompose with time. However, it contributes to many hazards as well. The dog poop contains lots of bacteria and viruses, and that’s not good for our water systems.

Never leave your dog poop in the yard, on the trail, or in the park. Picking up after your pet is easy if you’re prepared. Always bag it and trash it! Even when no one is watching you!