So you are wondering, “Why aren’t my chihuahua’s ears standing up?” Well, it’s good to know that chihuahuas are actually born with ears that do not perk up immediately; instead, they fold over and look floppy.

However, some chihuahuas continue to have floppy ears well into adulthood.

When trying to figure out the cause of this, there are so many options to consider but also so many things you can do to help.

1. Your Chihuahua Isn’t a Purebred

According to The American Kennel Club (AKC), chihuahua’s are fully identified by having “large, erect type ears, held more upright when alert, but flaring to the sides at a forty-five-degree angle when in repose.”

If you believe that your dog’s ears should have perked up by now, consider that your chihuahua may be mixed with another breed.

2. Genetics Could Sometimes Play a Role

Even if you receive documentation that states your chihuahua is, in fact, 100% purebred, there is still a likely chance that its ears could always tip, droop, fold, or flop down. Their ears will simply “sit as meant to.”

There are standards to when breeders pair two chihuahuas up. They essentially are trying to produce pups that are as close as possible to the standards.

However, even when the two parent dogs are excellent candidates, sometimes a litter could still be produced to carry out droopy ear pups. This happens once in a while, and it should be noted that these pups are still considered a purebred. 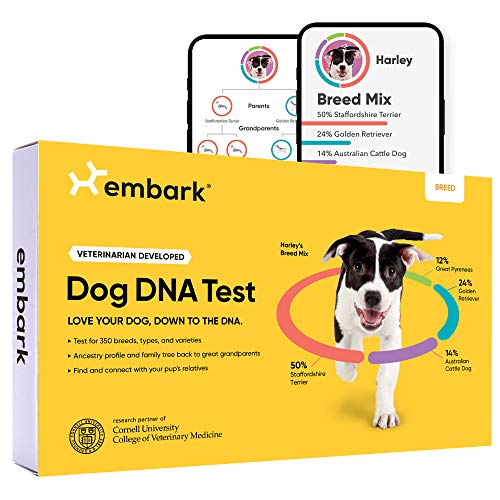 3. Your Chihuahua May Have “Domestic Syndrome”

As much as it may sound scary or like a disease, Domestic Syndrome is not dangerous. It is actually a theory put into place by non-other than our favorite evolution scientist, Charles Darwin. Charles’ theory states that Domestic Syndrome is what happens when wild animals become tame.

While Charles was never able to explain why these link up, his theory was successfully put into place when a Russian scientist bred wild foxes to become tame, and when they did, their ears became floppy. This theory has been tested numerous times and all successfully.

5 Methods to Help Your Chihuahua’s Ears Stand up

One process of how to work on getting your chihuahua’s ears to stand up is by taping them. This is a controversial method; however, breeders out there will do this if the chihuahua’s ears are floppy at eight weeks old.

Additionally, breeders who have successfully taped chihuahua’s ears say this process typically only takes five days. Still, if necessary, they repeat their strategy for an additional five days until the ears are standing up tall and perky. The method for this process is the following:

You should know that taping your dog’s ears is not always successful. Some chihuahua ears will never stand, no matter how long you tape them. Some reasons for this are the following:

Another process you can try is upgrading your Chihuahua’s food using fresh food ingredients and real food. Feeding your chihuahua a high-quality diet can significantly help.

Since chihuahuas are known to eat a small portion of food, it’s essential that you make every bite that your furball takes the count.

To get the best out of your pup, you should be feeding them little in quantity but high in quality. You want to be sure you’re not providing only “snacking food” but high-quality feedings. The average chihuahua only needs 200 calories per day. Doing this will ensure their ears will stay upright.

One way to include fresh ingredients into your dog’s diet is by making a stew full of meats that contain cartilage, such as chicken feet, duck feet, pig ears, and trachea. Be sure to use fresh fruits and veggies too.

You can easily freeze this into small enough portions. Try to look at it like “meal planning” but for your dog!

Method #3: Add In Essential Minerals To Your Dog’s Diet

Think of it like you are providing your pup with vitamins to help grow and become stronger, in this case, for their ears!

By using calcium, it is said that it could be helpful in getting a chihuahua’s ears to perk up. This is mainly due to the fact that their natural calcium aids a chihuahua’s need for the development of their teeth.

The below are some ideas of foods that you can try to give to your dog for more calcium in their diet:

In an effort to be transparent, please know that ears are grown with cartilage, and calcium is for bone, teeth, and jaw development. Genetics play a huge, if not only, role in the development of perky, pointy, chihuahua ears.

Method #4: Make Sure To Keep a Stress Free Environment

This may be irrelevant to most; however, chihuahuas can get stressed out easily, so keep a note of the environment that your furbaby may be in. Did you recently move, or are you in the process?

Have you changed up your chihuahua’s routine? Did you recently bring in a new family member to the household?

These are only a few ideas of what can stress out your pup, which ultimately leads to a delay in their ears developing fully or can bring them down to look floppy.

Method #5: Massaging Your Chihuahua’s Ear Base

This method happens to be a very popular form. There have been claims that this has positively impacted the process of their pup’s ears to stand tall and perk up.

However, it should be stated that veterinarians have expressed that by doing this, you could be breaking down the cartilage, which inevitably is preventing the ears from standing up.

All in all, if you want your chihuahua to look like the Taco Bell Chihuahua, then look into your dog’s diet, stress levels, and breeding. Please know that even if your chihuahua doesn’t look like this, it’s OK; they are not any less perfect of a dog. Your dog can look however it wants.

The most important thing is making sure that your dog is happy and healthy.

Don’t worry if your chihuahua doesn’t have pointy ears as soon as you bring your new addition to the family to your home. Typically it can take 4 to 6 weeks from birth for fully erected chihuahua ears.

Still, it should be stated that it is also entirely normal for chihuahuas to have floppy-looking ears for some time as the muscles at the base of chihuahua ears have not developed enough to hold them up.

Suppose you notice your chihuahua is starting to teeth, allowing her adult canine teeth to come through. In that case, it is possible to begin seeing droopy or floppy ears, but after your pup is through the teething stages, its ears will go back to the fully formed points they’re so well known for.

However, when a chihuahua’s ears do not stand tall but are actually folded over can be a slightly higher risk of suffering from ear mites or ear infections. To avoid any issues, check your dog’s ears daily and clean them when necessary.